Terry P. Rial, 69, of Clare passed away Tuesday, July 21, 2020 at Iowa Lutheran Hospital in Des Moines.
A public visitation will be 3:00 to 6:00 pm Sunday, July 26, 2020 at Laufersweiler-Sievers Funeral Home. A private family funeral will be held on Monday.
Terry is survived by his wife, Lori Rial of Clare; children, Franci Mobley of Fort Dodge, Chad Rial of Fort Dodge, Staci Rial of Manson, Dave (Allison) Rial of Fort Dodge, 10 grandchildren; mother, Norma Rial of Fort Dodge, siblings, Mike (Kris) of Fort Dodge, Danny Rial of Colorado, Cynthia Keigher of Colorado Springs, and Shannon (Marc) DeMoss of Rockwell City; step daughters, Amber (Andy) Lewis of Fort Dodge, Nicole (Jason) McKelvey of Lincoln, NE, McKenzie and 4 step-grandchildren.
He was preceded in death by his father, E. Patrick Rial, brothers, Dave and Bob Rial, and nephew, Ryan Rial.
Terrance Patrick Rial was born March 13, 1951 in Fort Dodge. He was raised in Fort Dodge and began his education in catholic schools before graduating from Fort Dodge Senior High School. On September 27, 1969 he was united in marriage to Cindy Youngwirth at Sacred Heart Church. The couple made their home in Fort Dodge and later Clare. The couple later divorced. In 1980, Terry started Iowa Fire Control, later Roof Protection Systems. Terry met Lori Kelley in October 1999. They later married in September of 2009 and the couple made their home near Clare. They opened Antlers Pub N Grill in Clare in May 2010. Terry retired in 2019. He enjoyed being outdoors and fishing and especially loved bow hunting.
Memorials may be left to family discretion.

3 people have supported the family by purchasing them flowers or gifts from the Healing Registry.

Thinking of Norma and her family our prayers are with you

I have fun memories of Sacred Heart school days with Terry. He and some of the kids from class would head over to hang out at my house. They loved my mom and mother enjoyed them. She had cookies made and we would discuss the day and get a big chuckle out of their visits. Terry and mom and Jim Dishman all had birthdays that were on the 13th. She always liked Terry (and Cindy). So did my dad. They knew Terry's family from church. I am betting mom has already spotted Terry and they are getting caught up.
My sincere sympathy to the entire family. I would be there if I wasn't 4 hours away and I work Monday. I will be thinking of all of you. Love, Margaret Gardner Baker.

Memories of Terry Rial
My uncle Terry was the oldest of 7 children, son of E Pat and Norma. My dads oldest brother. My random memories are Terry being a protective uncle in the AEA parking lot when some punks were trying to mess with us. He raised a calf at his house in savage addition. Then while living on the farm outside Clare he raised sheep and chickens. Freckles liked to kill chickens so Terry duct taped a chicken around his neck. Interesting technique and I think it worked. Tons of good memories at the farm including the biggest bonfire I’ve ever been a part of! Terry was a greaser and then used his experience and knowledge to become an inventor in the industry. I always respected this accomplishment and was able to actually help install a rooftop unit in Colorado. He also helped Chad become Fort Dodges quickest big wheel racer ever! Probably the coolest thing about Terry was his passion for hunting! The boars nest just outside Doliver Park was his home away from home. He put in food plots, tree stands, and blinds. Besides Terry, Pat probably reaped the most benefits from the Boars nest although Chad and Dave both have some nice bucks they harvested there. He showed me how to shoot my first recurve bow and he was partial to recurves or at least finger release. I believe his reference to mechanical releases was “Fuck those releases” We all had deer summer sausage from Terry’s deer. It always felt like a special occasion when he busted it out. One of his last kills might have been an antelope in Colorado with Lori as his range finder. 60 yards with a crossbow. Having all these trophies and his ability to make a killer tenderloin led to opening Antlers. I loved going to Antlers to see Terry and Lori and all the Rial family! It was always cool to hear the stories about the hunts. Especially Dave’s deer and the epic trip to Wyoming! That picture of all the guys at the Dodger Tap is one for the history books. I’m pretty sure Terry killed every deer on that trip. I’ve also heard that Terry was in a leather jacket in tree just inside the park when he shot the biggest buck in the bar. That deer is special! Just a beautiful mount! He may have mounted it himself? Terry was one of the first calls I made after I shot my elk. I think he about shit his pants, he kept saying you got a 6x6? Then he asked how he was laying on the mountain and explained how I should quarter it out and save the cape for mounting. The taxidermist said that’s exactly how it needed to be done. Terry knew his shit when it came to hunting! I’ll just say Terry created a lot of great memories for me, please share that you may have!

RIP Terry!
You will be missed! 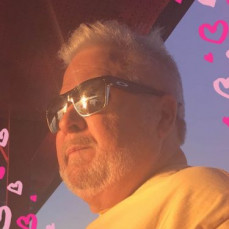 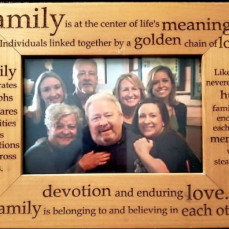 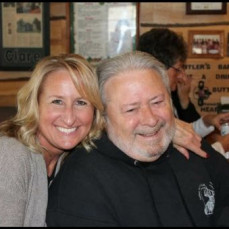 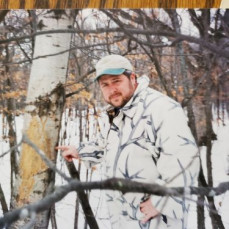 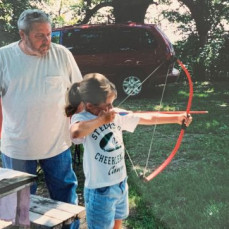 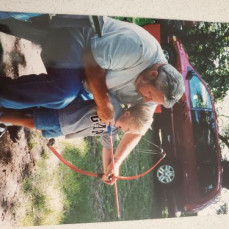 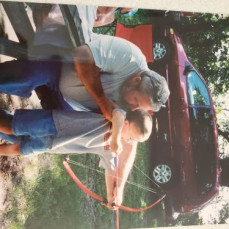 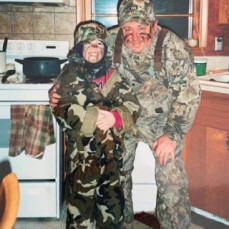 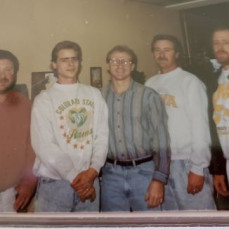 The attached photos are added to the memorial of Terry Rial to help share their legacy.

Please help memorize Terry Rial by recording your attendance below.

Thank you for sharing your memory of Terry