John P. Miller, 69, of Fort Dodge passed away Wednesday, July 3, 2019 at the Paula J. Baber Hospice Home.
A Celebration of John's life will be held on Monday, July 8th at 1:00 PM at the AMVETS Post 49 located at 1934 Irving St, Cedar Falls, IA 50613. Military Honors will be presented by the Cedar Falls AMVETS. Laufersweiler-Sievers Funeral Home in Fort Dodge is serving the family.
Survivors include his wife of 44 years Nanny Miller of Fort Dodge; children, Jessica Miller of San Antonio, TX; Macon (Daniel) Miller of Washburn; Jason Miller of Waterloo; grandchildren, Trey, Bethenyanne, Erec, Chrystian, Jonathon, Justin, Jade, Delaney, Brittany and Martina; 3 great grandchildren, Braxten, Emmalynn, and Zeneryia; brothers, Tom Miller of WI; Mike (Denise) Miller of Cedar Falls; Mark (Nancy) Miller of Cedar Falls, Matt (Barb) Miller of IN; Tim Miller of Cedar Falls; sisters, Joy (Jim) Adams of Monticello and Terrie (Dave) Hoefer of Ames; numerous nieces, nephews, and cousins.
He was preceded in death by his parents, Clarence "Skid" and Darlene (McKillip) Miller.
John Paul Miller was born February 1st, 1950 in Cedar Falls, IA. He graduated from Columbus High School in 1968. In 1971, John enlisted in the U.S. Air Force and obtained the rank of Staff Sergeant. He was an Inventory Management Specialist at the NATO Base Camp New Amsterdam in Soesterberg, Netherlands. While on active duty there, he met the love of his life Nanny Breeschoten. They went on to marry on August, 26th 1974 in Zeist, Netherlands and had their first child, Jessica. Upon his honorable discharge in 1976, the small family returned to the United States and made their home in his native Cedar Falls. The couple then had two additional children, Macon and Jason. John was a longtime journeymen electrician, working for McKillip Electric and other local area electric companies. In 1999 the couple moved to Fort Dodge where John was employed at Friendship Haven as a maintenance electrician until his retirement in 2012. Throughout his life John enjoyed watching Iowa Hawkeye's Football, being outside in the sunshine, grilling dinner and golfing. He spent many summer nights playing and later officiating softball games at the Hoing-Rice ball diamond complex in Waterloo. He loved music and would play his guitar and sing for his kids when they were little. As he got older he enjoyed spending his days with Nanny and their cat, Billy. John also enjoyed crossword puzzles and keeping up to date on national politics. He had a dry sense of humor but was always quick to offer a smile at any of his grandkids' silly jokes. His family lost their great story teller.
Memorials may be left to the discretion of the family.

Our deepest sympathy to John's family and friends.

Dear Miller Family, My brother Rod Johnson who is deceased was friend of John's. Rod thought a lot of John and would be truly sad if Rod was still here on earth. I'm not sure where they met but I know they drank a lot of beers together at Pee Wee's. I think John did some work at my other brother's house when were going to sale his house. I'm sure Rod met him at the gates and is with him now showing him the ropes. Take care and I will pray for your family. 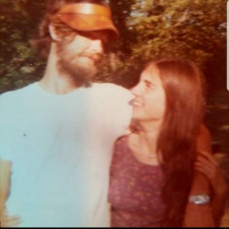 The attached photos are added to the memorial of John Miller to help share their legacy.

Please help memorize John Miller by recording your attendance below.

Thank you for sharing your memory of John